Workers showed up on time and did good job and they cleaned up there mess.

Thank you Hutchins Plumbing & A/C for supporting the Tom Bean Monument Restoration Project! You are a great business that is always giving back to the community

Timothy and Johnathan did a great job! Work was done in a timely manner, and both techs had positive attitudes. Thanks!

How Plumbers Use Video Pipe Inspection 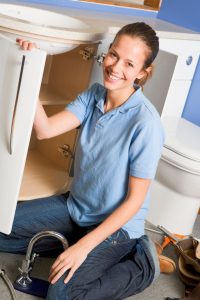 Once upon a time, plumbing was a matter of skill and hard work, and while plumbers had their trusty box of tools ready to go, the basics didn’t change much. But the 21 Century has seen huge advances in technology over a number of fields, and plumbers have taken advantage of that with new exciting equipment that makes it easier than ever to assist their customers. That’s one of the reasons why you should always count on a professional to deal with issues in your piping rather than trying to correct it yourself.

Among the most useful tools in the modern plumber’s arsenal is video pipe inspection, which can be used to treat a wide range of issues from clogged pipes to sewer line replacement. It’s a fairly simple concept to understand, and yet the benefits of such a tool in the right hands cannot be underestimated.

We’ve all benefits from the miniaturization of camera technology. We now have cameras smaller than your fingernail that can be used to take pictures or even shoot entire movies using nothing more than your phones. Why not apply that same concept to plumbing? Video cameras are not so small that they can be inserted directly down a troublesome plumbing pipe, along with a tiny light. The plumber can stand at the affected outlet with a tablet or similar device, giving him or her an unprecedented inside-the-pipe look at the issue.

Pipes are usually hidden in your home. They’re not particularly attractive and serve no aesthetic purpose after all. So why not place them in the walls or under the floor where the residents won’t have to look at them?

The problem with that philosophy is that it makes it hard to pinpoint the location and source of a given problem. Even those pipes which can be readily seen may have issues that aren’t readily apparent from their surface. In the past, plumbers had to rely on educated guesses to pinpoint the problem, or else launch fishing expeditions that could add up to serious costs very quickly.

Video camera inspections provide a magic bullet for those issues. By looking inside the pipes themselves at the problem, they allow the plumber to determine the precise cause and extent of it. That can mean determining the type of food resulting in a clog, for instances, or the extent of rust and pitting on the inside of a pipe (thus determining how much of the pipe needs to be replaced). It also lets the plumber note the exact location of the trouble, which can be vital if it occurs in a crawlspace or similar hard-to-reach spot.

With that information in hand, the plumber can conduct repairs with greater speed and accuracy than ever before. Not only does it correct the problem the right way – with little left to chance – but it can be conducted must more quickly, reducing the man hours and cutting down on the cost of repairs.