I want you to know about a great employee you have. He came out on short notice and got us up and running again. Thanks Josh you rock.

Thank you for saving my furnace. Larry found the fan that cools the motor was broken. If he hadn't done his annual inspection, I would have had a costly repair!

The Benefits of LED Lighting Are Too Good to Pass Up 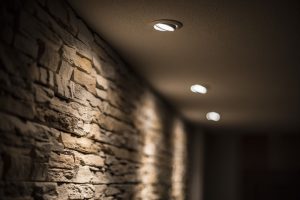 LED lights are used almost everywhere nowadays, from inside your smartphone and DVR boxes to traffic lights and flashlights. They’ve actually been around for more than 50 years, but they only really started being picked up in the early 2000s. Now, they’re only getting more and more practical in their wide range of uses.

The fact is that many homes are still using incandescent and fluorescent lighting. If that includes you, it might be time to ask a McKinney, TX electrician for an upgrade. Changing out your lighting system for LEDs brings a host of benefits which we’ll list for you down below.

The energy saving capabilities of LED lights is truly incredible in comparison to incandescent lighting. They use 75% less energy and last 25 times longer on average. Energy.gov’s most optimistic estimate is that widespread use of LEDs through the nation can save more than $30 billion.

As stated above, LEDs are going to last much longer than your usual light bulbs. This is due to the fact that they’re made of solid materials without filament, tubes, or glass. Your kids can flip these lights on and off as much as they want and it won’t degrade the materials inside the LED.

Wide Range of Use

LEDs can be used in the same way you’d use any other kind of lighting, but they also have a full range of applications thanks to their small size and range of colors. Underneath steps or kitchen cabinets is one popular application seen in homes.

As for retail, you can take advantage of the fact that they display the true colors of your store and products. They’re also better at directing light toward where they’re facing.

Light is pretty much the same speed everywhere in the universe (except when near a black hole), so what we really mean to say is that LED lights reach their full brightness immediately. Compare that to incandescent bulbs, which have a warm-up period of a few minutes before they start shining at their brightest.

In the case of fluorescent lighting, they might not even turn on at all when temperatures are considerably low. With LED, the cold is not a problem (in fact, they work even better in the cold, but the difference is minuscule).

When people talk about the “warmth” that light bulbs give off, what they’re really seeing is a certain color temperature. Typically, one that is tinged with a bit of yellow. It doesn’t have any actual effect on your body, but it can certainly look more relaxing than a purely white light, like those given off by fluorescent lights.

LED lights can actually produce both ranges of color temperature, so you can get the exact aesthetic preference you desire. They can even be programmed to switch between those color preferences for different times of the day. Dimming is also an option for when you want to turn the lights down low.